In the health sector, the relationship between public administrations and interest groups has become essential. When we talk about health, we are not only talking about the health but also about the physical, social and mental well-being of citizens, the sustainability of the public system and the growth and development of companies and organisations that ensure the preservation of the citizens’ health. For all these reasons, it is becoming increasingly essential to develop a fluid, close and transparent dialogue between public and private interests, hence the growing importance of the role of institutional relations professionals in the health sector as a way of guaranteeing social and business participation in public policies.

In the healthcare field in Spain, there is a complex network of relations between different agents, such as the Government, Autonomous Communities, municipalities, citizens, service providers, etc. Among them, there are different levels of interaction in which it is necessary to align common interests with the participation of all stakeholders. However, in most cases these common interests are diluted by the lack of a direct, effective and transparent dialogue.

Hence the creation of APRI Salud, a group of professionals in institutional relations whose objective is to strengthen the ties between public and private interests in the field of health, understanding health as everything that affects the state of well-being or the balance of the citizen (food, consumption, nutrition, social policies, health, sport, research, etc.).

At the same time, APRI Salud aims to be a meeting point with the Public Administration to make the most of all the capacities that exist between the public and private sectors, in order to achieve the common good.

What is the aim of APRI Salud?

To create a discussion forum that allows the combination of experiences between the institutional and the socio-health fields by adopting a general, independent and transparent vision. APRI Salud is endorsed by a group of institutional relations professionals with experience in the social and health fields that will guide and nurture it. Thus, it will continue to advance towards the professionalization of the sector so that the role of future and present professionals is not distorted, and it will become a close, transparent and reliable channel for political participation.

Who are the members?

APRI Salud was created as an initiative by a group of institutional relations and public affairs professionals whose objective is to highlight the value of public affairs professionals in the health sector. In this way, any APRI member who voluntarily wishes to join and whose main activity is lobbying, interest representation, public affairs or institutional relations in the health sector can become a member of the Committee. To date, the group is composed of: 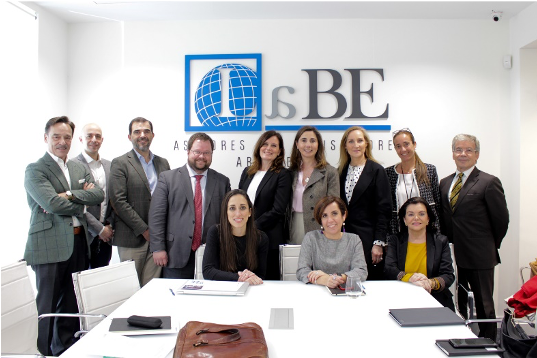 In order to achieve the objectives of APRI SALUD, its members will implement different activities in three main areas: dissemination, training and political interaction.

Dissemination – as a main actor in our sector, dissemination plans are carried out based on what surrounds the public affairs professional in the health field. As part of this, the following questions are answered: what is the role of the public affairs professionals in the health sector? what knowledge should they have? what value do they bring to the organisation? how can their activity be measured? what results can be demanded? etc.

Training – they also promote several mechanisms in order to train their partners in the health field by way of courses and the development of success stories that can serve to share experiences and enrich the activity.

Political Interaction – As experts in the activity of public affairs in health, APRI SALUD will interact with institutional stakeholders, bridging alliances and collaborations allowing positive outcomes for the activity of lobbying in general.