You are here: Home1 / APRI in Europe

APRI is the founder and member of the Public Affairs Community of Europe (PACE), created in 2018 as a platform for all the national organizations of professionals in European Public Affairs who are committed to contribute to the development of more transparent proceedings in the adoption of European public policies by consolidating a participative democracy in all Member States.

The consensus for the creation of PACE was reached after two intense days of debates and information exchange, which were boosted and moderated by the Italian association Il Chiostro and the Spanish association APRI. In this way, the new platform, PACE, shall provide support, networking and information to the European Union and to public affairs professionals of the Member States. Likewise, PACE shall represent the origin of a common European identity for professionals of the sector.

The meeting underlined the challenges and the different perspectives on this profession, which varied in every Member State from a general acceptance to several incertainties. The founders of PACE thus committed themselves to contribute strongly to building a more transparent process for adopting public policies in Europe, through regulatory frameworks that shall consolidate democratic participation for all Member States.

PACE is a European association that strives to bring together the several national public affairs organizations and lobbyists from all of Europe based on three fundamental pillars– diversity, European range and high levels of ethics and transparency.

Established in 2018 in Brussels, Belgium, as an international non-profit organization, the history of PACE began in May 2011 when the Italian association Il Chiostro and the Spanish association APRI launched a historic and unprecedented initiative in Europe, which has brought together representatives of all public affairs associations that encompass professional lobbyists in every Member State. During its first conference in May, the representatives of the several associations from the 27 Member States exchanged experiences and discussed the most relevant topics regarding this profession.

At PACE, we are united under the vision of creating a platform for the cooperation of the national associations of public affairs professionals in Europe. Among our functions as professionals in the sector, we aim to contribute to the political decision-making process in a responsible and transparent way. Our focus lies in accompanying the evolution of the lobbying regulatory framework from a public affairs industry perspective with a single voice in European countries. We are united by diversity – what applies to the European Union also applies to the national public affairs associations united in PACE. Furthermore, for PACE, Europe does not end with the European Union: with members from all Europe, we look to create the same environment for the European Public Affairs industry. 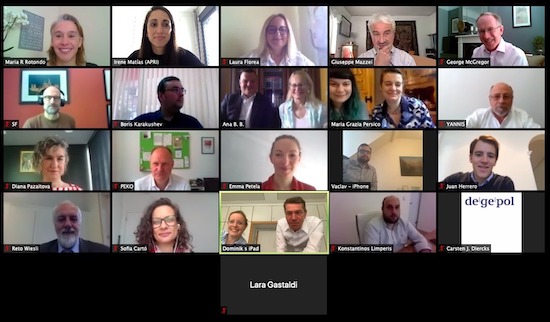 PACE is the voice of the public affairs community in European countries. We leverage the potential of our members and we offer a platform to exchange knowledge, experiences and to carry out debates on developments that affect us as an industry. For example, PACE has recently conducted a debate on the quality of the management of political consultancy and has transfered the issue of national debate to a European forum. The main potential of PACE is its networking and the exchange of ideas that are promoted through annual conferences; as a community, we share national experiences in the lobbying regulation sector and other relevant issues, and we endorse the creation of national public affairs associations. Furthermore, any professional that might want to establish a lobbying association unilaterally can benefit from a community of associate members even during the founding phase of said association.

As an association of public affairs professionals in Europe, we are convinced that the representation of interests is an integral part for a well-functioning democratic system. By acting as the bridge between the world of politics and companies, public affairs play a key role in the transmission of interests to be reflected in the decision-making process. However, this role also implies a high level of responsability and the necessity for integrity and transparency. For this reason, the public affairs professionals in PACE set the following core values as the foundation of their professional activities: honesty, transparency, impartiality, incompatibility, confidentiality and loyalty.