La ASOCIACIÓN DE PROFESIONALES DE LAS RELACIONES INSTITUCIONALES (APRI) begins on the 6th March 2008 with the aim of covering the void about the representation and partnering of the professionals of the institutional relations and Public Affairs in Spain.

APRI is an association at a national level, non-profit and non-political. We gather and represent every natural and legal person who professionally performs institutional relations, public affairs or lobbying, understanding as so the task of transfering legitimate interests to the public administrations and, in particular, to the legislative and executive powers at an Autonomous, State and European level. 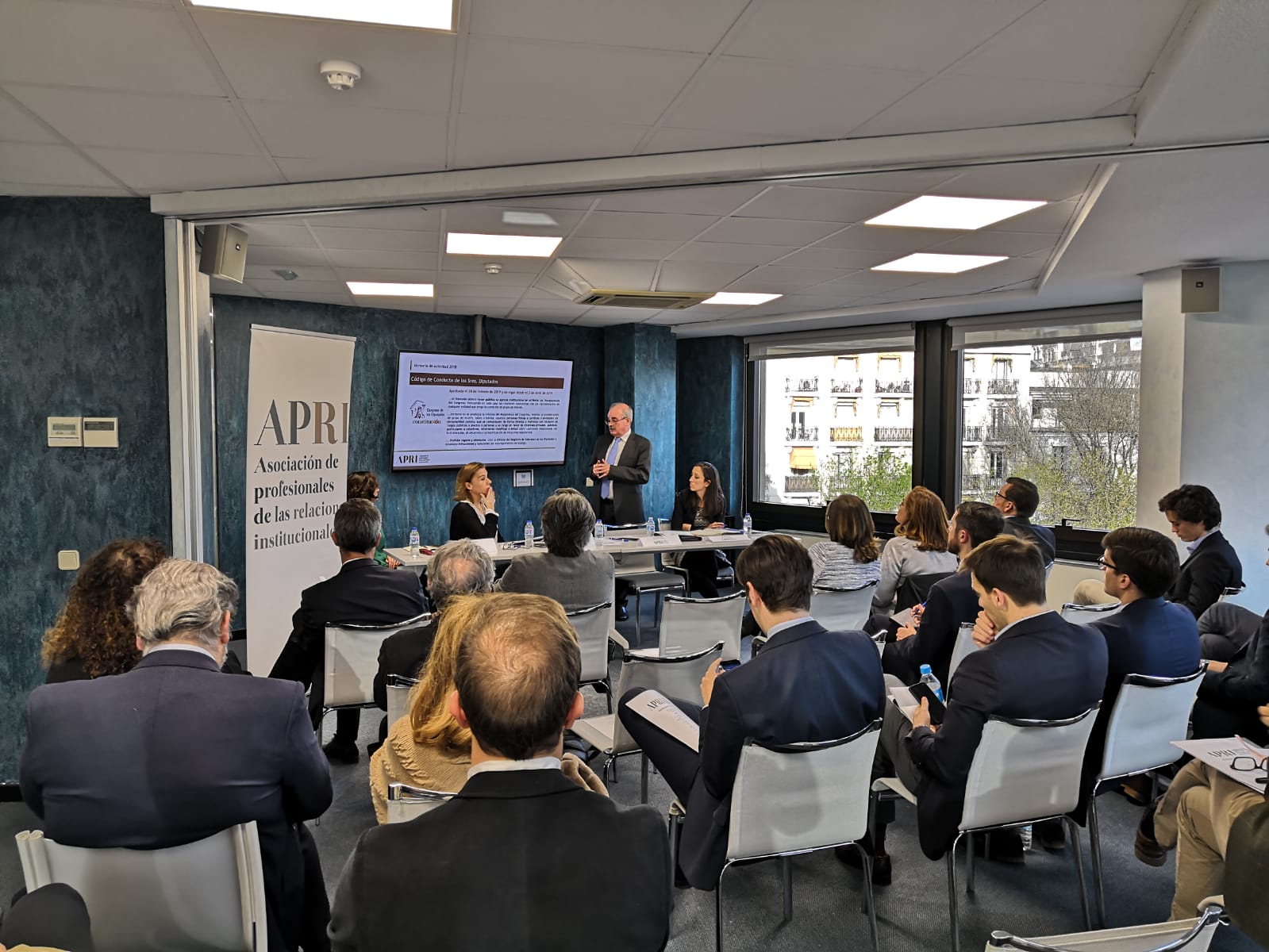 APRI has more than 100 members among professionals and companies, who stand for the normalization of the activity through the creation of a register of interest groups, similar to the existing Transparency Register of the European Parliament and Commission.

Since our beginnings, the Association understands professionalization, transparency and ethics as important elements at the time of performing this profession.

Due to the necessity of professionalizing the performance of collectives and companies before the authorities and the growing complexity of the legislative procedure, with a composed legislation at various levels (community, national, autonomous and even local).

Since our beginnings, APRI has understood, the importance of transparency in order to perform this profession. The implications for the public life of the work of lobbyists and professionals of the institutional relations and public affairs

Given the need of performing the profession in an ethical and honest way, APRI has launched the self-regulation of the industry through the composition of an intern Code of Conduct that is signed by all the member, and a proposal for a regulation of the profession based on the creation of a register of interest groups before the main public institutions.